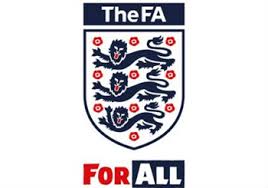 Nominations have opened for The FA and McDonald’s Grassroots Football Awards 2018, which recognise how grassroots leagues, clubs, volunteers and community projects play their part in making the nation’s favourite game happen week in and week out.

Every year the awards receive thousands of nominations and are backed by leading football legends such as Casey Stoney, Sir Geoff Hurst, Ryan Giggs, Kenny Dalglish and Pat Jennings. Previous years have seen individuals and clubs from Essex amongst the accolades. The deadline for nominations this year is Friday 15th June at www.thefa.com/mcdonaldsgrassrootsawards.

Essex County FA Chief Executive, Brendan Walshe, is keen to see as many local nominations as possible. He commented: “The FA and McDonald’s Grassroots Football Awards are an absolutely brilliant way to celebrate the selflessness of all those volunteers, clubs and leagues and the innumerable hours they put into supporting grassroots football.”

“These awards recognise incredible individuals and the work they do. I’d encourage everyone in grassroots football to vote for someone who they think truly deserves an award. It would be great to see hundreds of nominations from Essex.”

Nominations capture The FA’s ‘For All’ ethos and will be judged upon The FA’s values of Progressive, Respectful, Inclusive, Determined and Excellent, or ‘PRIDE’ for short. Essex has previously set records for nomination numbers nationally, and the award categories for this year are:

o   Coach of the Year

o   Community Project of the Year

o   Grounds Team of the Year

o   Match Official of the Year

o   Supporter of the Year

o   Volunteer of the Year

o   Young Volunteer of the Year

o   Football Mum of the Year

“These awards are integral to recognising the thousands of exceptional grassroots volunteers all over the UK,” explained Greg Clarke, FA Chairman. “By providing youngsters with the opportunity to play the nation’s favourite game in a fun and safe environment, these volunteers allow the next generation of footballing superstars to develop their skills.”

Visit www.thefa.com/mcdonaldsgrassrootsawards to make a nomination, plus you can follow the Essex County FA on Twitter at @EssexCountyFA and join in the conversation using the hashtags #GRHeroes18 and #ForAll. Grassroots football information is also shared at www.essexfa.com and on Facebook by searching for ‘EssexFootball’.