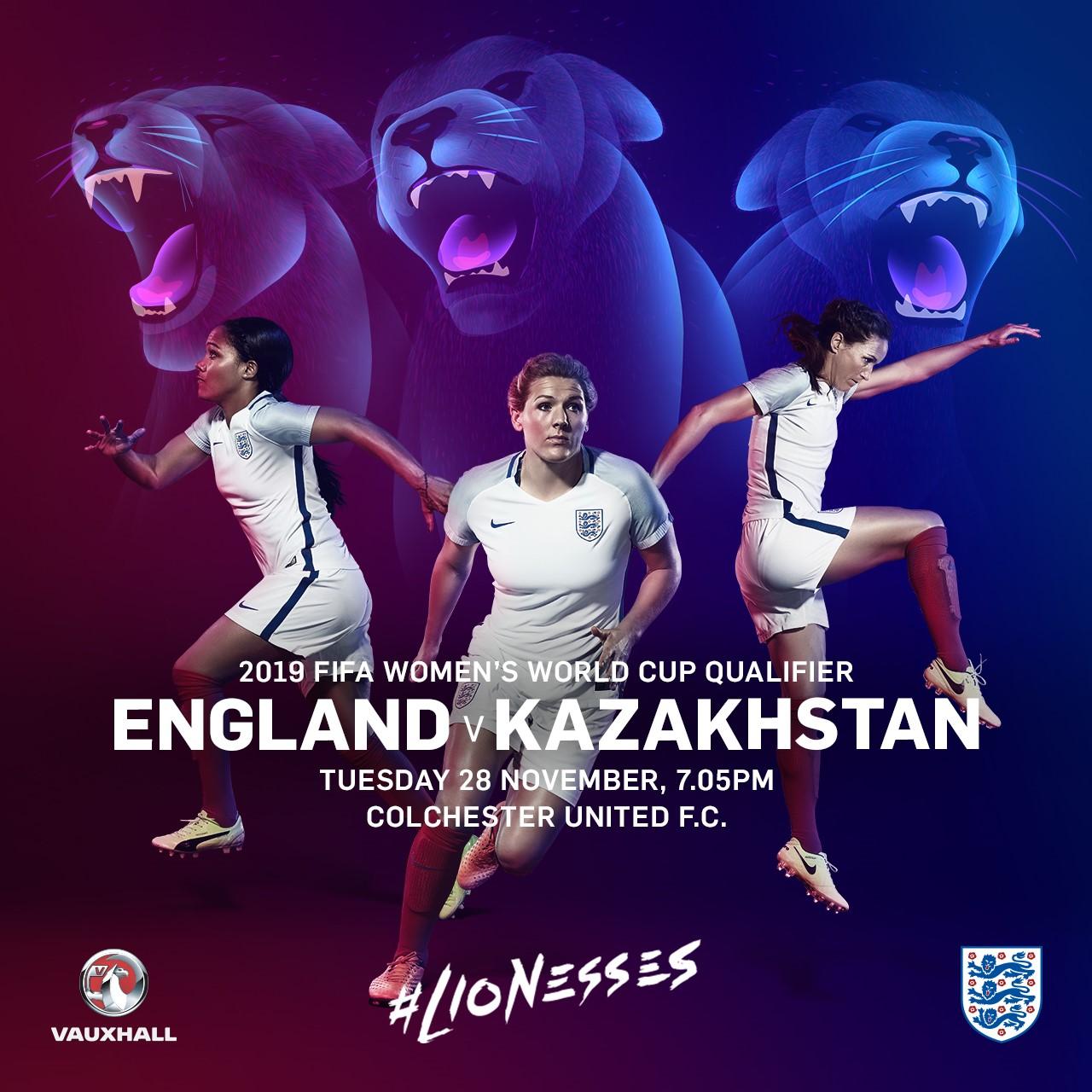 England Women will play the second of two key World Cup qualifiers in Colchester in November. The Lionesses will face Kazakhstan at the Weston Homes Community Stadium on Tuesday 28 November (7.05pm KO).   They will play Bosnia & Herzegovina at Banks’s Stadium in Walsall on Friday 24 November (7.05pm KO).    Tickets go on sale on Wednesday at 10am with children and concessions priced at just £1.  An early bird adult ticket offer is available, priced £7.50, until Monday 25 September (full priced ticket is £10). Group booking and Charter Standard discounts apply.

The Lionesses have never played Kazakhstan, who are 66th in the FIFA rankings.   England centurion Casey Stoney scored on the Lionesses’ last visit to Walsall, where they beat Croatia 3-0 in 2012.

Stoney said: “These games will be really important in setting the tone for our World Cup qualification campaign and we’ll be absolutely determined to get two good wins in front of our own fans.  I’m particularly looking forward to playing in Colchester, I come from Basildon so it’s great to have a game in Essex.   We really enjoy taking our games around the country and giving as many people as possible the chance to come and watch us.  We have had such fantastic support so far during the Euros and hopefully we’ll have two big crowds at both games.”

Colchester United general manager Tim Waddington: “We are delighted to welcome England back to Colchester once again. This is the sixth time that a national side has come to the Weston Homes Community Stadium since our move in 2008 and we are sure that this occasion will be as special as the previous five.   The Lionesses have enjoyed an exceptional tournament so far and everyone at the club is right behind them ahead of their upcoming semi-final.   We have a strong girls programme in our community scheme with plenty of promising female players aiming to follow in the Lionesses footsteps, and this will no doubt be a hugely popular game once again.”

Tickets for all games can be bought via www.TheFA.com/Tickets.