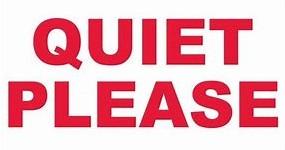 Imagine a children’s football match where the kids play the way they want, making their own decisions, choosing their own tactics, and playing free from any pressure, with smiles on their faces…
BCFA Youth League is designating the weekend of 10th and 11th November 2018 as a ‘Silent Football Weekend’. The concept is to draw attention to the need to reduce negative comments from the side-lines, which can cause undue stress to young players and referees, detracting from their enjoyment of sport and inhibiting their development of skills.
The rationale is based on ‘unhelpful’ touchline behaviour, often at the hands of parents or coaches with the ‘win at all costs’ mentality. Often, people don’t realise that their behaviour is negative. It can be a coach walking up and down barking out constant instructions to players; or an over-enthusiastic parent shouting similarly, confusing the children; or spectators simply becoming too absorbed in the game, forgetting that they should not expect the intensity of adult football.
What practices would we like to see in the Silent Football Weekend?
• Coaches/managers to stand in the coaching areas during the game
• Parents/spectators to remain behind the Respect line/barrier at all times
• Coaches/managers only communicate when absolutely necessary
• Parents/spectators to refrain from offering any coaching advice or instructions to players
• Spectator voices to be limited to quiet discussion, cheering only for positive reasons
• Abundant applause
The purpose is to open the debate on the culture in youth football, with a view to becoming more focussed on the needs of the children to accentuate the fact that their game is a leaning environment. Best practice in football coaching increasingly emulates the style of school teaching in that it is child-centred, recognising that children learn in different ways at different rates and respond to positive, rather than negative feedback.